At least 3.6 million concussions occur annually, according to the CDC, which does not include injuries that go unreported or undiagnosed. A concussion is a jarring injury of the brain that alters the way your brain functions. It is considered a mild traumatic brain injury, or mTBI. Traumatic brain injury is when an external mechanical force causes brain dysfunction, and it can range from very severe to a more mild injury such as concussion. Although along the continuum of brain injury severity, concussion is considered mild, it is still an injury to the brain, and can cause persistent and disabling symptoms. Children and adolescents are affected most often. In a recent study of adolescents with diagnosed concussion, 69% had one or more of these common visual disorders: accommodative (problems focusing), convergence insufficiency (problems with eye teaming), and saccadic dysfunction (problems tracking). 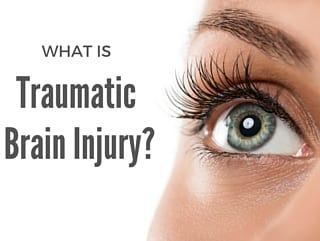 What Are The Visual Symptoms?

Blurry or fluctuating vision
Double vision
Trouble reading
Difficulty viewing computer screens
Sensitivity to light
Dizziness
Difficulty tolerating movement in the periphery, such as while riding in the car or in a crowded store
Problems with depth perception

How Can We Help?

Dr. Sensenig, our eye doctor who cares for our neurotrauma patients, will talk with you about your visual symptoms and how they are affecting you during your daily routine. She will then perform a detailed visual evaluation, assessing skills such as focusing, eye teaming, and tracking, depth perception, and eye health. You may then return for additional testing with our vision therapists to further detail your visual problems and the degree to which they are interfering with your overall visual function. Dr. Sensenig will then coordinate with you, your family doctor, and your rehabilitation team to prescribe your visual rehabilitation plan. 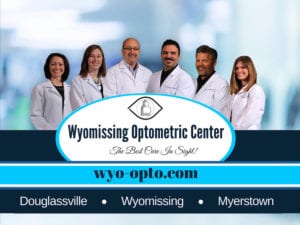 People Are Talking About Vision Therapy

What patients can benefit from vision therapy? Not all vision...
Read More

National Sunglasses Day is June 27th! Celebrate with us! To prevent...
Read More

The Importance Of Routine Dilated Eye Examinations Have you ever...
Read More

Wyomissing Optometric Center is excited to announce that we are...
Read More

Dr. Heidi Sensenig Inducted as a Fellow of the College of Optometrists in Vision Development

Join us as we congratulate Dr. Heidi Sensenig! The International...
Read More

Do You Have Pink Eye?

Do you think you have conjunctivitis (pink eye)? You and/or your...
Read More

We wish to extend our congratulations and express our thanks to the...
Read More
Translate »